Finally bit the bullet and had my DNA analysis done through Ancestry.com.  Two things I found interesting…one, that there is no Native American blood, as was often mentioned on my father’s side.  And two, I wasn’t expecting that much Irish in me!  But with a married name of O’Neill – I guess that’s a good thing.  Have over 600 possible matches from others in the database, ranging from 4th cousins and closer. Closest being 2nd cousin.  I have already connected with a 2nd cousin 1 x removed from my Grandpa Pyatt’s brother’s family!  Will take some time to sort through them.  My hopes with submitting my DNA is to see if I can break thru a brick wall with my 2nd great-grandfather, Needham Stephens, on my mother’s side.  Will keep you up to date on any findings!

Stay tuned for a post on my husband’s results!

Clara Etta Wilson (my paternal great grandmother) was born on 27 Jul 1877 in Geneva, Nebraska as the third child of George Franklin Pierce Wilson and Nancy Minerva Lightbody. She had six siblings, namely: George Franklin, Charles Isaac, Dollie Elizabeth, Clarence Cornelius, Jessie May, and Maude Lovina. When she was 18, she married Wirt Wells Fuller, son of DeWitt C. Fuller and Augusta S. Wells, on 24 Dec 1895 in Andrew, Missouri.  Wirt and Clara had four children, two of which survived to adulthood. Their children were Gladys Fae Fuller born on 03 Feb 1897 in Savannah, Missouri; Bertha and Dollie Fuller born on 18 Mar 1899 in Omaha, Nebraska (sadly the twins died on 20 Mar 1899) and Ruth Frankie Fuller( my grandmother)  born on 05 Nov 1900 in Omaha, Nebraska. Clara died on 03 Apr 1966 in Geneva, Nebraska at the age of 88. 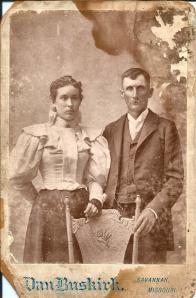 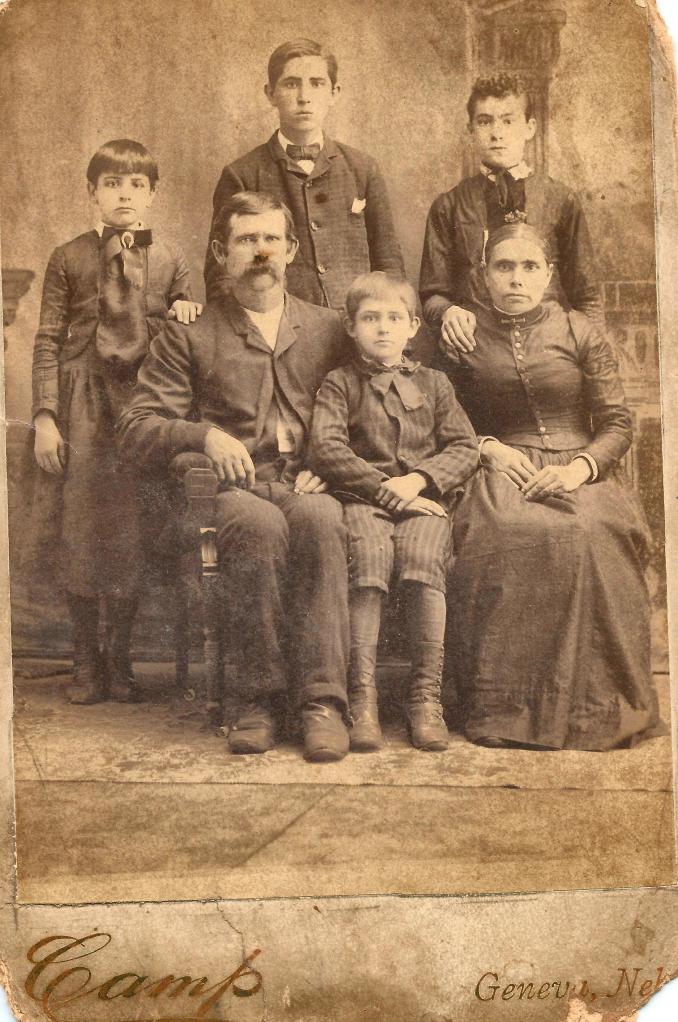 Funeral services for C.C. Wilson, Jr., whose body was found by the Great Western train crew Wednesday morning, were held yesterday afternoon at 3 o’clock at the Breit Funeral Home with Rev. B.L. Holcomb, pastor of the M.E. Church South, in charge.  Burial was in the Savannah cemetery…

…The family, the coroner and all are at a loss to know why he was sitting on the track after daylight, as the train reaches Savannah at 4:49.  The 6 o’clock interurban would have taken him home in another hour and there was no freight for him to catch to go to his home at Industrial City.  Besides he had never been known to do this.  He has been working with his father at stone and concrete work, especially foundation work.  His father had told him they were not going to work Wednesday and there was no reason for him to hurry home.  Heretofore when he missed the car he had been going to the home of his associate workman, young Wampler, and remaining until morning.

The passenger train which struck him does not stop at Savannah.  He and his father had been working on the foundation at the Bunse farm near Cosby and also the concrete foundation for Mr. Willoughby at Rochester.  If C.C. had started to walk before 1 o’clock down the track he would have been home before 5 o’clock but there would have been no reason in his going alone down the track and his habit of being careful with his best clothes and having money sufficiently he would not start home to walk along nine miles at that time of night.  Undertaker Briet says there was no evidence whatever of there being any intoxicating liquor about the body.  The family say emphatically that C.C. never was a sound sleeper…

…This biography was read at the service yesterday:

C.C. Wilson, second son of Clarence C. and Daisy M. Wilson, was born in Savannah August 10, 1912, and died in Savannah July 2, 1930, aged 17 years, 10 months and 22 days.  He had spent practically all his life in Savannah and attended the Savannah school.  He was of exemplary habits and was industrious and fair in all his dealings and well liked by all who know him.  He is survived by his father and mother, four brothers, Paul R., Earle, Jewell and Eugene; two sisters, Dorothy Norene and Carol Evelyn, his grandfather J.M. Rogers, and a number of uncles and aunts and other relatives.”

I have been involved in not only my family history, but also in helping others connect with their family history. What I like most about genealogy is that it is a bunch of little pieces that when put together creates a fuller picture of who one is and where they came from…I so enjoy solving puzzles!

“There are two lasting bequests we can give our children: One is roots, the other is wings.” Teaching children values and giving them the opportunity to excel is essential to good parenting. However, I feel I must also provide my children (and myself) insight into the ones who came before us: our ancestors whose lives and stories have shaped us into who we are. This is my journey; these are their stories…

Life under the thinking tree

Sits down with The Two Doctors and .....

Maybe someone should write that down...

Stories of Pioneering Families From the Western District of Victoria